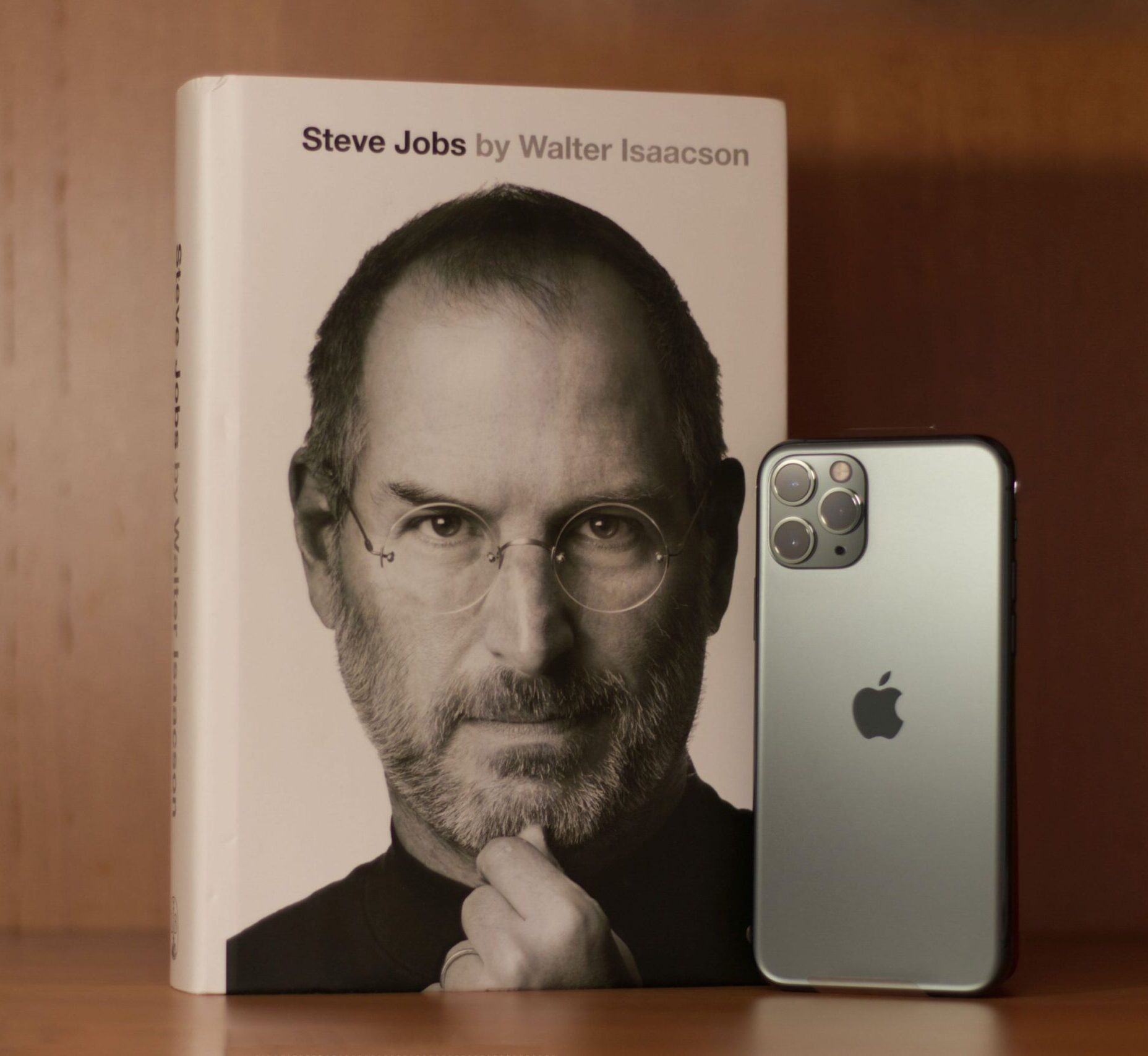 An ideal leader doesn’t equal having an ideal personality

One of the core skills needed effective leadership is to be consistent, rational, and fair, or in other words, objective. We’ve seen many instances in the corporate world of business leaders who are branded as “jerks” or “difficult,” Steve Jobs being one of many examples of leaders famously known for being highly disagreeable in the workplace.

But believe it or not, being good or bad doesn’t have much to do with being a good leader. And an intense scene from the 2015 movie “Steve Jobs,” while many sources claim is fictional, demonstrates how great leadership is more than just “having a great personality.”

This scene takes place in 1998 before the launch of the iMac. Steve Wozniak is trying to convince Steve Jobs to mention the Apple II team during the iMac keynote address. By this point, Apple had launched a series of failed, unsuccessful products including Apple Lisa, Macintosh, and the Newton.

One billion dollars of revenue lost, Apple brings back Steve Jobs after ousting him from his very own company in the 80s.

This scene is a long, five-minute confrontation between Wozniak and Jobs, as Wozniak tries to convince a resistant Jobs to give credit to the Apple II team, whom he believes should be acknowledged during the presentation.

This article was written as a professional commentary on the fictional confrontation between Wozniak and Jobs, and how that can teach us about strategic leadership and “big picture” thinking.

What it means to be a great business leader

From the very start of this scene, you can tell right away that Steve Jobs’s focus is razor sharp—his focus is on the main issue at hand, and that’s Apple losing millions of dollars in revenue and how to stop that from happening again.

Steve Jobs: “Last year, Apple lost one billion dollars […] We were less than ninety days from being insolvent […]

Jobs here is stating the hard, cold facts. He’s making sure Wozniak understands the dire situation the company is dealing with at that moment.

Being an objective leader means setting your emotions aside and focusing on the reality your business is facing. It’s uncomfortable and a hard pill to swallow, but what your team really needs is for you to be transparent and clear about the current state of your business. Every single person in the company needs to feel like they’re held accountable for the company’s outcomes.

You work as a team

All throughout this scene, you hear Wozniak repeating the term “top guys” other and other again, but this kind of mindset is wrong. In fact, research shows that more flatter hierarchical structures within an organization can create a more functional team. Creating an egalitarian team will help your company work toward a shared goal, and therefore, creating a more nuanced sense of accountability and responsibility amongst your team members.

And with that said, Wozniak’s suggestion at the beginning to lay off some of the accountants rather than the so-called “top guys” is neither good for company morale or possibly even total revenue. When you’re downsizing, you need to play it smartly—don’t just discharge those below upper-management just because they aren’t upper-management. You discharge those who consistently don’t meet company goals or whose skills don’t align with the company’s new strategy.

Based on the recent, poor performance of the Apple II team, Jobs decided that he had to start downsizing from there. Apple was launching a completely different product—or as Jobs puts it, “a new animal”—at the time, so the Apple II team’s skillset didn’t match the new workforce strategy that was set for the newer product. One could argue that Jobs did the objective thing of letting go a team whose skills weren’t going to add any significant value to the newer product.

Fact is: the Apple II team didn’t have the qualities required to enhance Apple’s newer product, and so they had to be dismissed.

And notice here that Jobs uses terms more appropriate than “top guys” or anything in that vain; he used words like “A-players” and “B-players,” which takes into account not title or status, but actual value. Anyone can be an A-player or B-player no matter where they stand in company hierarchy, so long as your skills add value to company outcomes and serve the business’s long-term goals.

This scenes main theme revolves around Wozniak insisting that Jobs acknowledges those who contributed to the success of Apple II, in front of a large number of Apple staff. However, Jobs refuses to do so, and his stubbornness is valid.

And remember, the company had lost a billion dollars in revenue and were ninety days from insolvency at that point—this was not the appropriate time to give acknowledgement and praise.

When your team needs redirection, you do that first and then acknowledge them. You give reassurance and acknowledgment only after the team member welcomes and accepts your redirection. And once you give them acknowledgment, bring your and your team’s focus back to the long-term goals.

Steve Jobs: “As a matter of fact, I was destroyed by the Apple II and its open system so that hackers and hobbyists could build AM radios or something.”

Here, Jobs wasn’t afraid of criticizing Apple II, but Wozniak felt hurt and tried defending the Apple II team by stating how the Apple II was a “crucial part of [the] company’s history,” but Wozniak was missing the point—it’s important to acknowledge what went right, but it’s just as important to recognize what went wrong. Jobs wasn’t afraid to admit that, yes, Apple II was a success, but we can make it better.

Many professionals, like Wozniak, get so hung up on past glory and success that it makes them lose sight of the future and current circumstance of the business. What they need to understand is that that was then and this is now. You’ve already been given a pat on that back for your last outstanding performance, now it’s time to move on from the past and achieve greater heights.

Lastly, many people might find what Wozniak—or this character depiction of Wozniak—did standing up against Jobs was bravery, but it’s unprofessional. When you have a problem with a c-level executive, you talk to them in private, and with everyone in the company listening in on your discussion.

While the right way to handle the situation would’ve been for Jobs to go back and thank the people who were in the room after his conversation with Wozniak, there are still other better ways to ask for acknowledgment.

Put your ego aside and focus your energy on your product, not yourself

Steve Wozniak: “I’m tired of being Ringo, when I know I was John.”

This is the start of an interesting analogy of the dynamic between John Lennon and the drummer Ringo Starr. This two-second exchange between Jobs and Wozniak teaches us a lot about leadership—there’s nothing wrong with being the “Ringo” of the team who supports the “John”.

There’s always going to be someone who can do it better—and even deserves it more—than you, whether it be in leading a team or other aspects of running a business. When you notice this, you need to see it, accept it, then set aside your ego and give the necessary support to the John of the team.

Steve Jobs: “You think John became John by winning a raffle, Woz? […] He was John, because he was John.”

Jobs gives Wozniak a short lesson on why people like John Lennon are John Lennon, and it’s not because of luck. You hear people refer to other company successes as just “luck,” but how many business owners, throughout the course of the past decade, have we seen win the lottery and then completely lose it all within the span of a few years? These leaders who have made it far in the business world are in their roles because they have the attributes and traits that make them the successful leaders that they are.

Steve Wozniak: “Your products are better than you are, brother.”

Steve Jobs: “That’s the idea, brother. And knowing that, that’s the difference.”

This is a powerful reply. This is also another example of how true leaders set aside their egos and focus on what’s important. If Jobs weren’t objective, he would’ve walked out of that argument with a bruised ego, but in this scenario, he doesn’t take personal offense to Wozniak’s comment at all.

Jobs is right, your products most definitely have to be better than you. Your product should be useful to your clients and should add value to the world. It’s about value creation, but all Wozniak cares about is being recognized as a John rather than a Ringo.

Successful leaders don’t care about outside recognition or the approval of others. Executives and team leaders don’t go out seeking validation and approval from anyone else in the company—they get that from themselves and serving the company’s goals and big picture.

“It’s not binary. You can be decent and gifted at the same time.”

What Wozniak said at the end of the scene is most certainly true—you can be a decent person, in fact a great person, and have the attributes required for company success.

And while there are moments throughout the scene when Jobs could’ve handled the situation more wisely, like when he dismissively told Wozniak to “relax” at the beginning of the scene, there’s a lot to learn about Apple’s massive success with someone like Steve Jobs at the forefront.

Objective leadership is a learnt skill, and being gentle or difficult doesn’t increase or lessen someone’s ability to be objective. Being good or bad doesn’t have much to do with being a good leader.